Shortly after John F. Kennedy was assassinated, Jackie Kennedy described her husband’s presidency as an American Camelot, a period of hope and optimism. And for many Americans, that hope and optimism had been shattered. People, particularly young people, were hungry to latch on to something. So, when the Beatles appeared on the Ed Sullivan Show many of the people who were looking for something to latch onto, chose the Beatles. 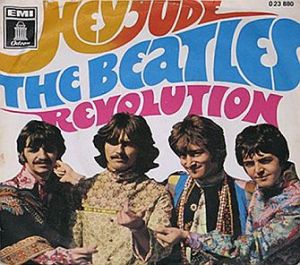 In late August of 1968, among the turmoil and chaos of American culture, the song Hey Jude was released. But it was the song found on the flip side of that record that gave voice to those people who were still looking for a new Camelot. You see, on the B side of the hit Hey Jude, was a song with words asking people if they wanted to change the world: You say you want a revolution. Well, you know, we all want to change the world. A song about a revolution, not a revolution to overthrow a government but a revolution that would bring hope and optimism to people who were searching for something to fill a hole in their heart.

Long before American Camelot existed, long before John Lennon wrote about a Revolution, God laid the plans for a different kind of Revolution. God’s Revolution began on the side of a mountain when an itinerant rabbi spoke words that would turn the world upside down. It begins with the words; “You are the salt of the earth. You are the light of the world. A city on top of a hill can’t be hidden. (Matthew 5:13a-14)”

You say you want a Revolution, then be the salt of the earth and the light of the world…